How to lose Crusader Kings 2

Being a small collection of ways to lose:

Own Petard, Hoisted By

Live By The Sword…

A Fate Worse Than Death 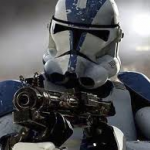